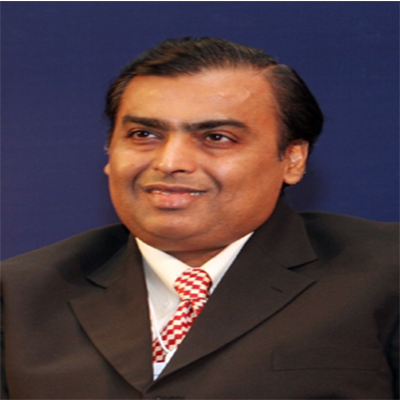 Ambani was one of four children of Dhirubhai Ambani, who first worked as a gas station attendant. Because of the increasingly unstable political climate in Aden, where Mukesh was born, the family relocated in 1958 to the Bhuleshwar neighbourhood of Bombay (now Mumbai), where they lived in a chawl (a communal building that commonly features low-rent two-room apartments). In the same year, Dhirubhai and a cousin founded the Reliance Commercial Corporation, which grew into RIL from a commodities-trading business that they initially operated out of a one-room rental space.

Ambani earned a bachelor’s degree in chemical engineering from the University of Bombay (now the University of Mumbai) and subsequently pursued a master’s degree in business administration from Stanford University. However, he left the program in 1981 to join the family business, where he worked to diversify the company, venturing into a vast array of areas, including communications, infrastructure, petrochemicals, petroleum refining, polyester fibres, and gas and oil production. In 2004 he was named one of the world’s most-respected business leaders by the professional-services firm PricewaterhouseCoopers.

Following Dhirubhai’s death in 2002, Ambani and his brother, Anil, assumed joint leadership of the Reliance companies. However, the brothers’ feuds over control prompted their mother, Kokilaben Ambani, to split Reliance’s assets via a noncompetition agreement (2006–10) under which Mukesh assumed control of the gas, oil, and petrochemicals units as RIL under the umbrella of the Reliance Group. Ambani has been credited with creating the globe’s largest start-up petroleum refinery as well as spearheading the creation of several state-of-the-art manufacturing facilities that vastly increased RIL’s production capabilities.

Ambani was chosen in 2006 to cochair the India Economic Summit of the World Economic Forum (WEF)—an international organization made up of some of the world’s prominent business leaders, politicians, policy makers, scholars, philanthropists, trade unionists, and representatives of nongovernmental organizations that convenes annually to discuss global commerce, economic development, political concerns, and important social issues. In 2010 he was elected to serve as a member of the WEF Foundation Board.

In the 2010s Ambani began building Jio Platforms, a subsidiary of RIL dedicated to telecommunications and e-commerce. In 2016 the Jio brand offered the first nationwide network for 4G broadband service.