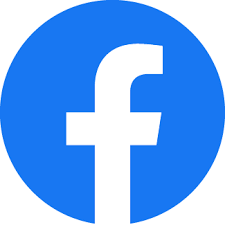 Facebook, American online social network service that is part of the company Meta Platforms. Facebook was founded in 2004 by Mark Zuckerberg, Eduardo Saverin, Dustin Moskovitz, and Chris Hughes, all of whom were students at Harvard University. Facebook became the largest social network in the world, with nearly three billion users as of 2021, and about half that number were using Facebook every day. The company’s headquarters are in Menlo Park, California.

Access to Facebook is free of charge, and the company earns most of its money from advertisements on the website. New users can create profiles, upload photos, join a preexisting group, and start new groups. The site has many components, including Timeline, a space on each user’s profile page where users can post their content and friends can post messages; Status, which enables users to alert friends to their current location or situation; and News Feed, which informs users of changes to their friends’ profiles and status. Users can chat with each other and send each other private messages. Users can signal their approval of content on Facebook with the Like button, a feature that also appears on many other websites. Other services that are part of Meta Platforms are Instagram, a photo- and video-sharing social network; Messenger, an instant-messaging application; and WhatsApp, a text-message and VoIP service.

The attractiveness of Facebook stems in part from cofounder Zuckerberg’s insistence from the very beginning that members be transparent about who they are; users are forbidden from adopting false identities. The company’s management argued that transparency is necessary for forming personal relationships, sharing ideas and information, and building up society as a whole. It also noted that the bottom-up, peer-to-peer connectivity among Facebook users makes it easier for businesses to connect their products with consumers.