Indian space economy set for a growth of US$13b by 2025: ISpA-EY report

Indian Space Association (ISpA) and EY unveil the report on “Developing the Space Ecosystem in India” The space launch segment to grow fastest by 2025 at a CAGR of 13% spurred by growing private participation, latest technology adoption and the low cost 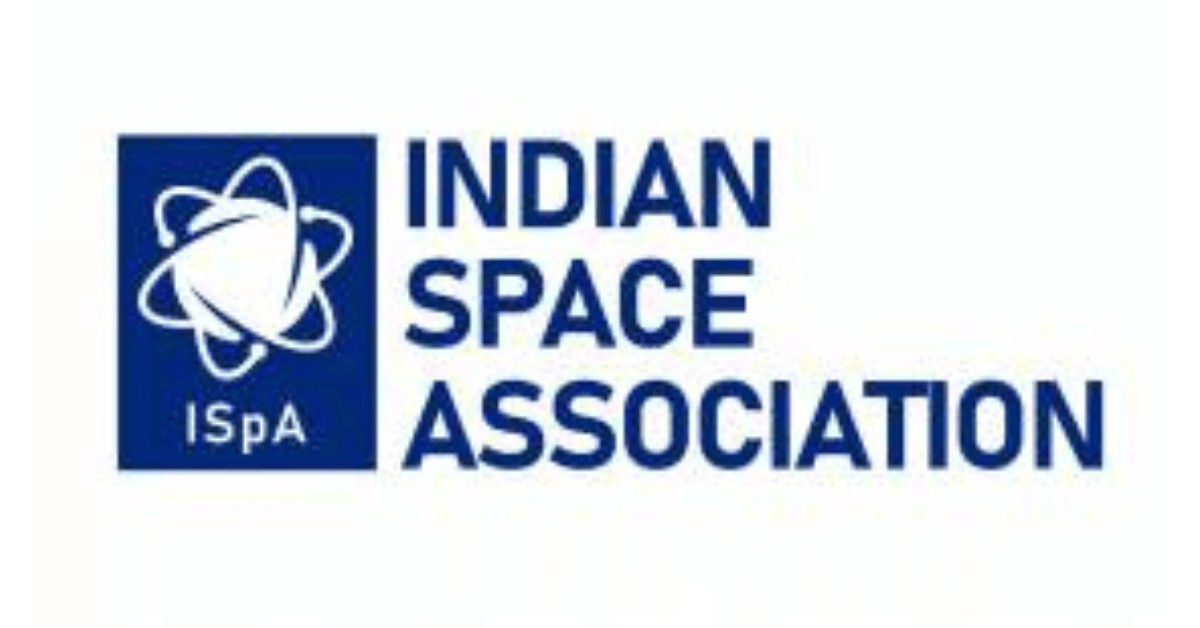 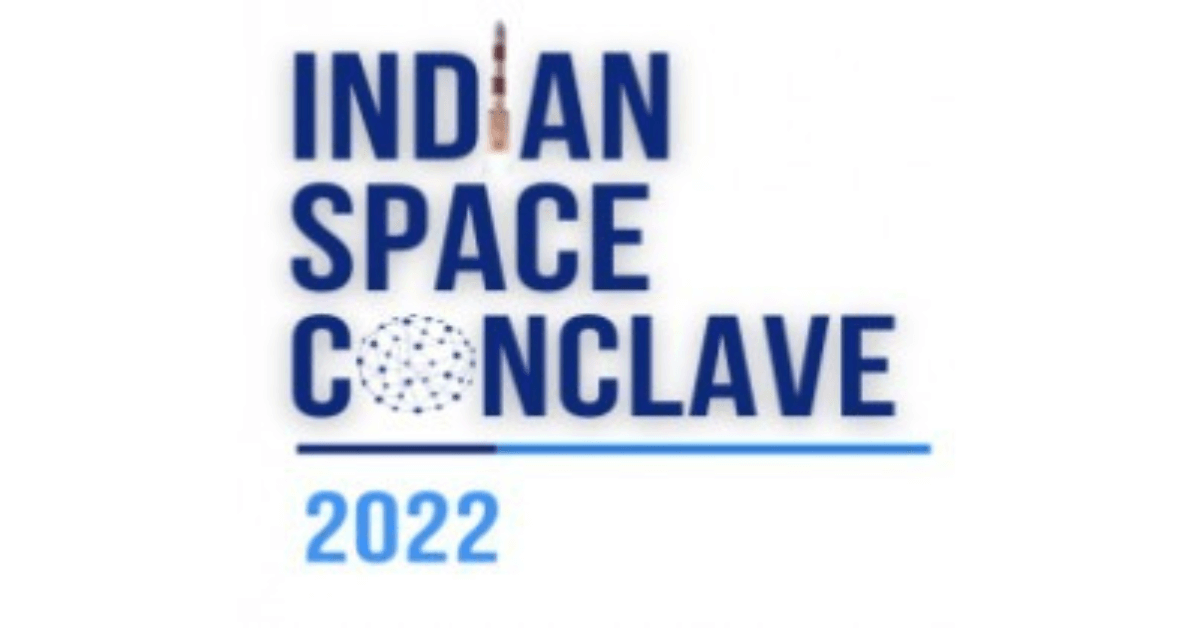 ‘Indian Space Conclave’ at Sir Manekshaw center, New Delhi witnessed participation of industry leaders to deliberate on subjects like Atmanirbhar Bharat in Defence Space, realizing India’s $5T economy growth and enabling Space for the common man. The conclave is followed by a 2-day exhibition put up by 24 exhibitors from leading space startups and academic institutions showcasing their products and offerings.

Speaking on the occasion Shri Jayant D Patil, Chairman, ISpA said “ISpA has made significant progress in its first year regarding policy consultations, deliberations with industry leaders, since the launch by Hon’ble Prime Minister. We appreciate the support from various ministries and institutions in our discussions as well as the participation of our members throughout the year and we are happy to announce that ISpA is a 50-member strong association, starting from just 7 members a year back in just a matter of one year. This is a testimony of our efforts being channelized in the right direction. With the rapidly growing space ecosystem, India is all prepared to grow to US$13b by 2025 at a CAGR of 6%. We believe as India looks forward to the New Space Policy, the private industry’s role is set to create a revolution in the current value chain of the Indian space economy.”

On the occasion, Dr. Jitendra Singh, Hon. MoS, Ministry of Earth Sciences, Space, Science and Technology, Prime Minister's Office said “I think the greatest credit to this entire exercise that has been accomplished in the space sector over the last one year is an extension of the last few years. I’m glad our Hon’ble Prime Minister encouraged us to go ahead as space domain became open for the public-private participation, also preparing players and the outcome is that the sector is today attracting increasing number of startups. On a global level, India has also emerged as a very strong player in the geospatial technology. I'm glad to know that ISpA has lived up to their role of reform implementation while articulating the industry opinion, industry stakes and also the industry participation.”

On the occasion, Shri S. Somnath, Secretary, DoS and Chairman ISRO said “Our goal is to make the space and the rise of India much more bigger in the scale of operation. India has reached a point where we need to take the space sector to the next level and this is where the whole idea of opening up the space where the most important part is the knowledge base. Downstream applications are less complex, but when you go upstream it becomes much more complex and very difficult to provide failures. And this is where we need to support each other and this is where the role of space comes in. The space sector can solve a lot of problems and important issues of climate, mapping, internet services. These are few emerging markets which we will see growing.”

Prashant Singhal, Emerging Markets TMT Leader, EY said “I would like to congratulate ISpA on its first anniversary and for its contribution to the space industry in India. Space-based communication will be one of the primary mechanisms to narrow the digital divide in India. The sheer reach of satellites and the ability to quickly establish connectivity makes them extremely versatile in areas where terrestrial communication is difficult to reach. Opening up of the space economy to private participation in India heralds an era of growth and innovation. It is part of many pioneering space reforms being introduced. A conducive regulatory and policy framework, as well as promoting ease of doing business which is critical for investments to flow in the space domain, will go a long way in building a robust ecosystem. I hope the EY-ISpA report helps to further shape the dialogue in building the space economy in India and transform the lives of Indians.”

Indian Space Association (ISpA) in a year since its inception has played a vital all-encompassing role for the entire Space Domain especially in bringing together the private space industry. It has emphatically undertaken policy advocacy and engagement with stakeholders including TRAI, DoT, Ministry of Defence, IN-SPACe and others, to make India self-reliant, technologically advanced and a global leader in the space arena.  As per the Director General of the Indian Space Association, the response and support of all Government departments have been truly positive and in sync with the Hon'ble Prime Minister's desire for the government to be an Enabler.

With established players to startups of the sector being ISpA members, it played a critical role in consultation on the proposed Space policy, which once implemented will give wings to the private space industry and fuel a new lease of growth in the Space Startup ecosystem. ISpA member companies like Astrome Technologies, Agnikul Cosmos, Pixxel and many others promise a huge potential, also as an example of collaboration ISpA member OneWeb’s 36 satellites will be launched by ISRO in October.

►       India has a well-developed space program, boosted by the realization of indigenous technology, facilities, systems, and rollout of services in a systematic manner. India accounted for approximately 2.6% of the global space economy in 2020 amounting to US$9.6 billion in 2020, which was 0.5% of the GDP in the country

o    The space launch segment is to grow the fastest by 2025 at a CAGR of 13% spurred by growing private participation, latest technology adoption and the low cost of launch services

o    For satellite manufacturing, “Make in India” initiative is expected to spur growth owing to increased demand for small satellites.

o    By 2025, satellite manufacturing segment will be the 2nd fastest growing in the Indian space economy. Setting-up space parks across the country is likely to give a fillip to companies operating across the space value chain, especially manufacturing.

o    key to attracting global startups working in the space sector and help to incubate spacetech companies in India.

►       Key considerations for creating an enabling space economy in India

o    Need for holistic skills development – competency of systems engineering, training on how to operate satellites skillfully, and technology associated with special alloy for launch vehicles

Note-The report is a compilation of industry inputs and secondary research. The detailed report and highlights are shared separately

The Indian Space Association (ISpA) is a apex industry association of space and satellite companies launched by Hon’ble Prime Minister Shri Narender Modi. While performing an all-encompassing role for the entire Space Domain, ISpA has undertaken policy advocacy and engage with stakeholders in the Indian space domain, including the Government and its agencies, to make India self-reliant, technologically advanced and a global leader in the space arena. It aims to play the role of advocator and facilitator to support the participation, growth, and capacity building of private as well as public industry. It will participate in formulating effective; efficient and appropriate policies; and regulatory frameworks.

EY exists to build a better working world, helping create long-term value for clients, people and society and build trust in the capital markets. Enabled by data and technology, diverse EY teams in over 150 countries provide trust through assurance and help clients grow, transform and operate. Working across assurance, consulting, law, strategy, tax and transactions, EY teams ask better questions to find new answers for the complex issues facing our world today. EY refers to the global organization, and may refer to one or more, of the member firms of Ernst & Young Global Limited, each of which is a separate legal entity. Ernst & Young Global Limited, a UK company limited by guarantee, does not provide services to clients. Information about how EY collects and uses personal data and a description of the rights individuals have under data protection legislation are available via ey.com/privacy. EY member firms do not practice law where prohibited by local laws. For more information about our organization, please visit ey.com.

This news release has been issued by EYGM Limited, a member of the global EY organization that also does not provide any services to clients.