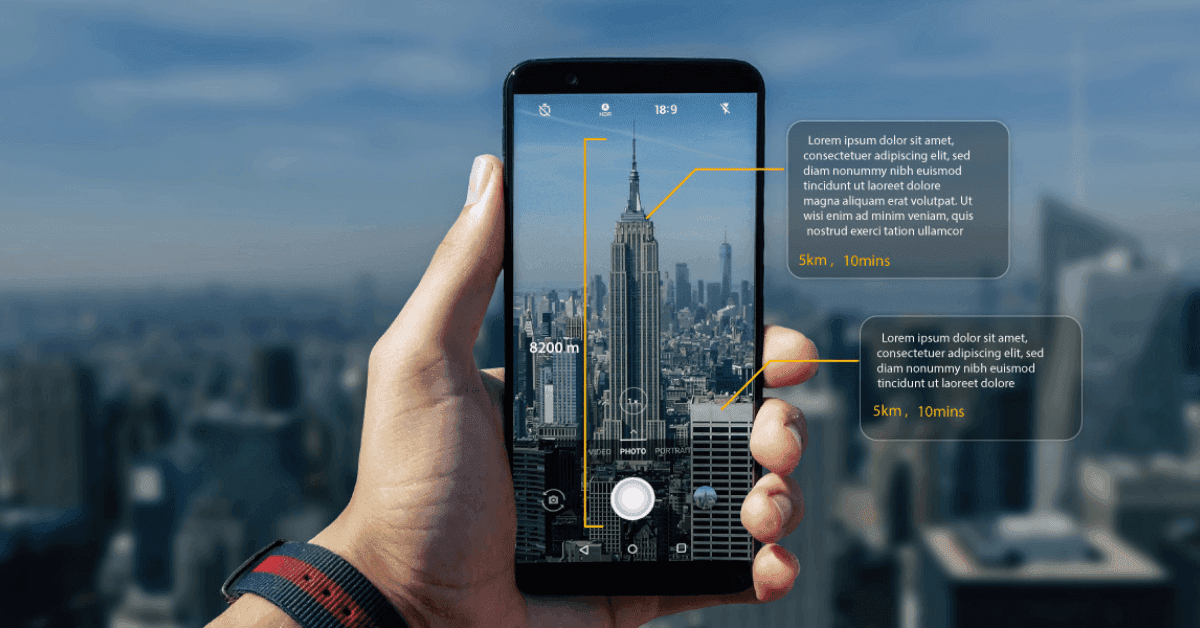 Try out some of the top augmented reality (AR) apps for mobile devices now more than ever. Because modern smartphones have more potent CPUs and cameras that can overlay immersive images on your smartphone screen, augmented reality has come on your device.

For those who wish to see furniture and other home items, there is an augmented reality app called Houzz. You may plan your home's interior design with this app. Although it is categorised as a home renovation app, it also has an online store where you can purchase goods.

With the 3D technology in the app, you can take a picture of any area of your house and view it as if it were in real time. Afterward, you add goods to this picture. a sofa, table, statue, or whatever else you desire. The app even offers more sophisticated functions, including the ability to adjust the lighting.

Another app for home decor, and because it's from IKEA, you know the quality will be top-notch. The furniture business assists its consumers in visualising how their purchases would seem in their homes.

Compared to Houzz, this tool is far more sophisticated and takes your entire house layout into account. You may measure the measurements considerably more precisely in this manner. The furniture is then easily moved about the 3D picture by dragging and dropping. View your furniture in various hues, forms, and dimensions. It would be quite similar to shopping in an actual IKEA.

One of the finest applications of technology is teaching, and AR has made significant strides in this area. These kind of apps are making augmented reality (AR) a focal point in contemporary schooling.

You may view relics from the past with the BBC app. Explore a pyramid, get a close-up look at a mummy, and learn about history. You may appreciate the numerous ancient artefacts in the app. Put them beside the eating area, and you're welcome to snap a photo. This app is a must-have if you enjoy visiting museums.

Apps for face tuning, cosmetics, and ageing have changed how much reality can be altered by augmented reality. YouCam is a makeup app that focuses solely on cosmetics. You may still use this app to examine how you would appear with a specific set of beauty items even if you don't enjoy wearing any makeup.

However, the notion that this software allows you to select the ideal cosmetics is what gives it its true enchantment. YouCam is the app for you if you like a certain foundation when mall shopping but don't want to use the trial kit that a million people have touched.

Now, doodles are much more captivating. Just a Line, a programme that uses augmented reality to make your drawings come to life, was developed by Google utilising its own ARCore development tools. With the help of the software Just a Line, you can create straightforward drawings in augmented reality and then share them together with a little video. Draw on the screen by touching it, then record your work and hashtag it with "just a line." (#justaline).  While Just a Line first launched as an Android app, an iOS version now allows iPhone users to partake in the fun as well.

It's become routine to set foot on the moon. The Red Planet is currently squarely in the crosshairs of humanity. You may get a taste of what it would be like to live on Mars by watching Mission to Mars, which also shows how humans are presently researching the planet. (Spoiler: Robots are doing all the labor-intensive tasks.)

There are instructive films and articles to read, but the augmented reality experiences are far more engaging. You can stand in awe of a rocket launch, try to manage a scary landing sequence, or enter a virtual doorway to Mars.

However, the best part is starting up a scale model rover and watching it zip about your house or street while making obscene brrmmm noises, completely unaware of any onlooking neighbours (or Martians).

When it comes to the top AR applications, Google is not playing around. The Google Goggles idea has been updated as Google Lens, which makes use of the computer cloud to detect text, pictures, objects, and landmarks in your photos and provide more information. Along with having a separate Android version, the app is also incorporated into the most recent releases of Google Photos for iOS and Android (opens in new tab), as well as the Google app for iOS (opens in new tab).

By overlaying a sketch or line art picture on a blank sheet of paper, SketchAR transforms your smartphone into an augmented reality sketching tool that you can use to trace over or start your own sketches.

The programme allows users to create traceable line art from their own images or from a library of pre-made sketches. SketchAR is made to operate on paper that is either A4 in size or has four reference circles written on it to serve as scale markers for the programme.

By no means will SketchAR replace a formal sketching lesson, but it's a fun software toy to play with and one of the greatest augmented reality applications we've recently come across.

The self-destructing messages offered by Snapchat have proven popular with users, but this social media platform also features augmented reality features in the form of a number of in-the-moment changes, filters, and effects referred to as Lenses that you can include in Snapchat video messages that you send to your contacts.

With the correct lens, you may add a humorous and enjoyable element to your Snapchat messages by becoming an animal, swapping faces with someone else, or barfing rainbows.

Mondly, an app for learning languages, has added an augmented reality-assisted twist with a feature for phones with ARKit and AR Core support. With animated chatbots, word and object representations, and real-time feedback on pronunciation issues, Mondly's AR capabilities help make language learning more dynamic and engaging for users. The lectures, games, and practise chats on Mondly span more than 30 additional languages in addition to these augmented reality aspects.